“Money is the most fundamental object in an organized society” 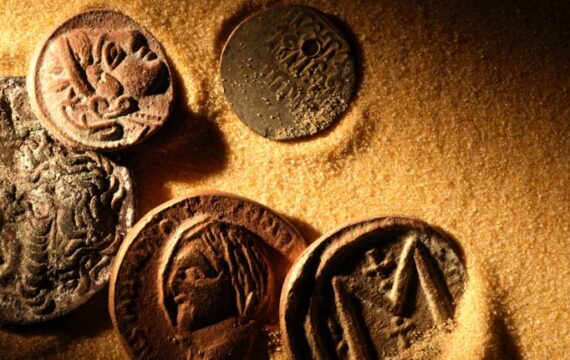 Coins are not like Rare Art, Antique Cars or anything like the million other things people collect.   Try buying a quart of milk with your Picasso? Money is the most fundamental object there is in an organized society.  It reflects not only what a society fundamentally agrees to is “money,” but gives us a common baseline to which we compare the value of literally everything else. In order for the human race to go from a bunch of mostly self-sufficient tribes to a nation state, requires the lot of us to agree on what money is.  It only makes sense that what we would use for money it would be something coveted something everyone would be willing to put their trust in.   If you went back to the 6th Century BC when coinage was first getting started, you would have had to have a way to turn your agricultural output (selling) into a means to support all of the needs of your family (buying).   Whatever the poverty levels were in the past, there was always a middle class that had to pay for things like education, food, servants, housing, and MOST importantly Taxes!    It was very much the same way that it is today (sans the iphones and Google of course).

The problem back then was that 99% of the population was illiterate.  What the engines of commerce need was something that could be broken into defined stores of value and would be accepted anywhere.  While this sounds like an American Express Commercial, it really means, Copper, Silver and Gold coins.   So, if you were King, you would want to create certain size metal objects that your subjects would want to use in the exchange of goods and services.  Because they did not trust you, they demanded coinage that had “inherent value” beyond the Kings stoic portraiture on it.  As King you wanted them to trust what that inherent metal value was, so you would have put your face on each coin you made as some sort of guarantee of fineness.   So came a system where all anyone had to do was see the color of the coin, and whose face was on it, to be able to participate in commerce.  The good King figured out how to promote commerce (and thus taxes) without having to educate an entire populace.   Pretty darn smart I would say.